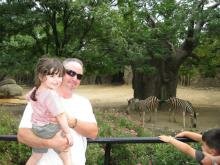 With the victory of Tom Kovach over Rose Izzo on September 11th’s primary, I am the only balloted candidate for the US House of Representatives in Delaware that will support repealing ObamaCare. Tom Kovach has been quoted on the record that he is taking the moderate approach to domestic policy that former Congressman Mike Castle did before he was voted out of office by the Republican electorate. Mike Castle stated he would not vote to repeal ObamaCare and neither will Tom Kovach. John Carney whole heartedly supports the government takeover of your healthcare.