Get the Feds out of Education, Reject Common Core 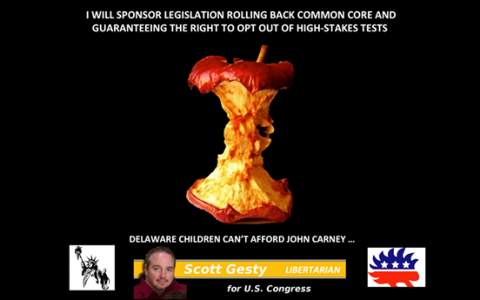 The DSEA has voted no confidence in Common Core. The NEA has stated the roll out of Common Core has been completely 'botched', with 7 out of 10 members saying the implementation has been handled poorly. 2/3 of teachers said they were not consulted on Common Core standards. The only people that seem to support Common Core are federal bureaucrats at the Department of Education, Big Corporations, and Congressman John Carney. Education decisions should be made at the local level by school boards, the teachers, and the parents. If you want an advocate in Washington to support rolling back Common Core, I am your only choice in Delaware.