Election Eve Appeal to the Voters of Delaware 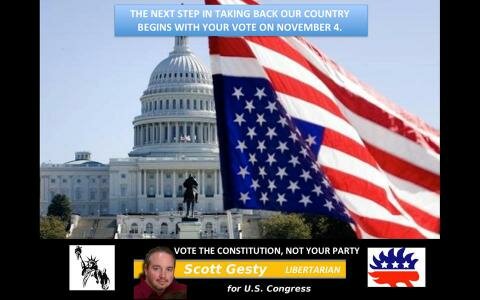 Here’s the deal in the Delaware race for the US House this year:

Democrat John Carney has over $1 million in campaign contributions, the organizational strength of the Democratic Party, the warm bodies provided for him by the unions, and a captive statewide media. Their definition of a “debate” is having their guy sit for an hour beside an empty chair.

Republican Rose Izzo has no real policy positions and ducked two major debates. She doesn’t even have an ‘Issues’ page on her website. Even if you knew what she stood for, you’ve got no idea whether she’d actually fight for her beliefs if she won. The poll conducted in September by the University of Delaware had her at 17%

I’m asking you, humbly and respectfully, for your vote on November 4th.

I’m not going to promise you a nation-shattering political upset. We all know how ‘Blue’ Delaware is. But the movement is growing. In 2012, my candidacy polled at 1%. The same University of Delaware poll mentioned above had me at 7%. Since then, literally tens of thousands of people have heard my message through debates and social media. If I finish well, they won’t be able to keep me out of any debates in 2016. Debating will enable me to spread the Freedom message to everyone in Delaware. We won’t be muzzled any longer!
I’ve been a back-to-the-Constitution, audit-the-Fed, reduce-the-deficit, stop-the-wars, end-the-spying kind of guy forever. I became a Libertarian because the Libertarian Party is committed to the same values I share with so many of you.

So this year I’m asking you to send a message. Vote the Constitution and your conscience, not your party.